Senate avoids a US debt disaster, votes to extend borrowing

The Senate has dodged a U.S. debt disaster, voting to extend the government’s borrowing authority into December and temporarily avert an unprecedented federal default that experts warned would devastate the economy and harm millions of Americans. The party-line Democratic vote of 50-48 in support of the bill to raise the government’s debt ceiling by nearly […]

A new state action plan taking effect this month aims to keep more at-risk children in their homes and communities, reducing the need for foster and group home placements. The plan is required under the federal Family First Prevention Services Act, a piece of legislation authorized under a February 2018 bipartisan budget deal that ended a government shutdown, and […] 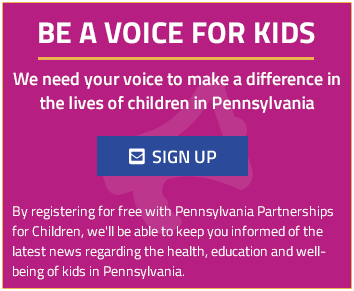 Building Better Futures for PA Kids!
Get the latest news on child well-being in Pennsylvania, tools for individual or organizational advocacy, and the occasional action alert in between.
Subscribe