Pennsylvania Partnerships for Children President and CEO Joan Benso said the 2017-18 state budget proposal Gov. Tom Wolf unveiled today would improve the quality of life for Pennsylvania’s children across the four key policy areas of the organization’s work to make Pennsylvania one of the top 10 states to be a child and to raise a child.

“We support the Governor’s budget proposal because it very clearly seeks to improve the health, education and well-being of children and youth in our state. The Governor and Legislature have a difficult job to do and we appreciate their support for programs and services that help keep children healthy, learning and safe. We start this budget season with the Governor demonstrating a strong commitment to investments that help build a brighter future for children and our Commonwealth.”

“We all want the best for kids, but there are 112,900 eligible children who currently qualify for publicly funded pre-k but are not being served. Kids don’t get ‘do-overs’ or another chance to attend high-quality pre-k and the $75 million expansion the Governor is proposing would give almost 8,400 additional young children this once-in-a-lifetime opportunity,” noted Benso.

In regards to child welfare, the Governor’s budget allocates an increase of more than $57 million designed to meet the goals of county child welfare needs based budgets.

The Governor’s proposed budget also includes continued state funding for both the Medicaid and the Children’s Health Insurance Program (CHIP). Federal CHIP funding is currently only authorized through Sept. 30, 2017, making it a high priority for congressional action.

“More than 40 percent of Pennsylvania children are covered through Medicaid and CHIP. As discussions continue regarding a possible ACA repeal, it’s important to note that Medicaid and CHIP are funded through a state-federal partnership, with the federal government picking up most the costs for both programs,” she said.

“We look forward to continuing this process with the General Assembly who we know are committed to making Pennsylvania a better place for our children and families,” said Benso.

Pennsylvania Partnerships for Children is a strong, effective and trusted voice to improve the health, education and well-being of children and youth in the commonwealth. For 25 years, PPC’s public policy victories have helped countless children learn, thrive and succeed, regardless of circumstances. PPC is statewide, independent, non-partisan and non-profit. 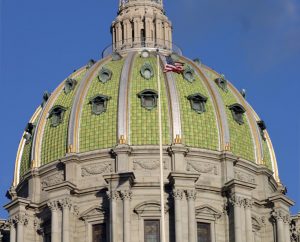